The US has been feeding the Ukrainian military with real-time intelligence on Putin's war plan, which allowed Ukraine to shoot down a Russian transport plane carrying hundreds of troops in the early days of the invasion. Ukraine's successful attack on the Russian IL-76 transport plane near the Kyiv airport in February was conducted after receiving info from the US in an unprecedented intelligence-sharing operation with a non-NATO partner, former and current US officials told NBC.

Two such planes were brought down around the same time. Details on which of the two aircraft were shot down thanks to US intelligence have not been shared. Russia hasn't disclosed how many troops died, but the planes can each carry up to 150 troops. Although Russians eventually took the airport, Ukraine's campaign in the skies with US intelligence impaired Russia's operations in the region and has helped Ukraine fight back its invaders, the officials, speaking under the condition of anonymity

Thanks For Watching
The Thumbnail/Videos are for illustrasion purpose only 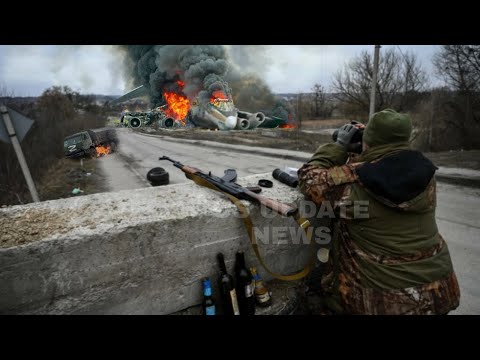 Successful attack: Ukrainian forces shoot down Russia plane carrying hundreds troops on Kyiv airport The US has been feeding the Ukrainian military wi...