Added 1 month ago by
8 Views
The leading news of the day; Victory of Ukraine! Ukraine Soldiers Destroyed 2 Russian Tanks on Mykolaiv Borders!

"Ukrainian forces from the Operational Command Pivden (South) attacked the enemy five times with planes near the administrative boundary of the Mykolaiv and Kherson areas.

As a result, our assault planes and helicopters targeted a concentration of enemy soldiers and equipment, a weak spot, and the Strela-10 anti-aircraft missile system "On Wednesday, Bratchuk said.

He said that as a consequence of the Ukrainian Defense Forces' activities, the Russian army in the south of Ukraine lost one multiple rocket launcher system Hurricane, three armored vehicles, five additional vehicles, and two ammo depots.

You can find the latest and most strong news from the world on this channel. 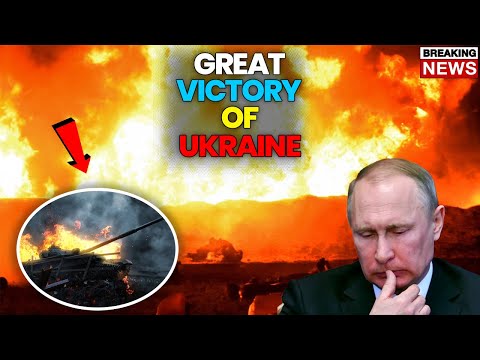 The leading news of the day; Victory of Ukraine! Ukraine Soldiers Destroyed 2 Russian Tanks on Mykolaiv Borders! "Ukrainian forces from the Opera...